M.B.A. – Emory University, Goizueta School of Business
B.S. – University of Tennessee, Marketing
Bill is the founder and Managing Director of Andra Partners. He has over 30 years of senior experience including M&A, and Andra Partners has delivered over $3B in proprietary acquisition and investment opportunities to its clients including platform and add-on investments across industry verticals. He has buy-side advisory relationships with middle market private equity clients across the continental U.S. and Canada, and has been a panelist at the Southeast Venture Conference. Bill developed the firm’s proprietary 6-step targeted search and engagement process, which is thesis-driven and designed to generate pure proprietary investment opportunities for its clients that are actionable outside of investment bank-led processes.
Email: bfreels@andrapartners.com 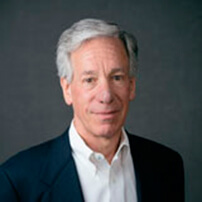 M.B.A. – Emory University, Goizueta School of Business
B.A. – Tulane University, Political Science (Phi Beta Kappa)
Andy is a Director with over 30 years of executive experience in Enterprise Finance with Fortune 500 information technology companies including AT&T Corp., Cisco Systems, and Microsoft Corp. He has been recognized numerous times for achievements in IT hardware and software solutions financing, including as the #1 representative in production with Avaya Financial Services for two consecutive years, as a two-time Leaders Council representative with AT&T (an award recognizing the top 1% of AT&T’s worldwide sales force), and as the #1 enterprise financing executive within Microsoft for FY 2016.
Email: aparvin@andrapartners.com

M.P.M. – Georgetown University, McCourt School of Public Policy
M.M.S. – Marine Corps University, Military Studies
B.S. – United States Military Academy, Mathematical Economics
Brad is a Director with over 20 years of experience in both civilian and military roles. After attaining the rank of Lieutenant Colonel in the U.S. Army, he was the COO of a school district in Jackson, WY. In that position he integrated all support functions (finance, human resources, facilities, transportation, food service, safety and security) for the district. During his military career he served as Deputy Commander of the largest Combat Aviation Brigade in the Army with over 3,700 personnel and 156 aircraft, and also worked in the Office of the Secretary of Defense (OSD). He was recognized multiple times by senior military command leadership and received four Bronze Star Medals and three air medals for leadership in combat.
Email: bbarker@andrapartners.com 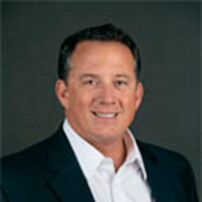 M.B.A. – University of Texas at San Antonio
B.S. – United States Air Force Academy, Engineering Management
JR is a Director with over 20 years of experience in both civilian and military roles. As an Executive Officer in the Air Force he managed the development of a leading-edge ceramic oxygen generator. After his military service he became a General Manager and eventually the Director of Professional Services for SunGard Availability Services, where he project-managed the development of one of the largest call centers in the nation. After SunGard he joined Oldcastle, a division of CRH, which is the largest building materials company in North America and the second largest worldwide. At Oldcastle he became the V.P. of Corporate Development & Strategy, where he successfully executed 12 acquisitions of companies generating total revenues of $260M.
Email: jwiesmann@andrapartners.com 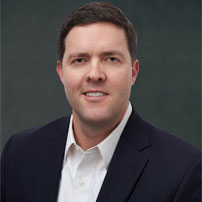 M.B.A.  – Pennsylvania State University, Smeal College of Business
B.S. – Pennsylvania State University, Accounting and International Business
Dave is a Director with over 25 years of executive experience in finance, technology, marketing and M&A roles. Dave earned his CPA while working at KPMG LLP, where he managed client engagements in an array of industries.  At Piaggio (Vespa) USA, Inc., Dave was responsible for recruiting the management team and establishing the operations necessary to effectively relaunch Vespa products in the U.S. At Allied Building Products Corp. Dave led the Corporate Development and M&A function, where he executed 19 acquisitions of companies generating total revenues of nearly $1B. Most recently, he founded the company’s Solar Products Division and successfully grew the operation from startup to nearly $100M in annual revenue.
Email:  djenkins@andrapartners.com 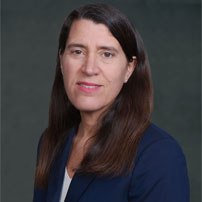 M.B.A. – Harvard Business School
B.A. – Vanderbilt University (Phi Beta Kappa, summa cum laude)
Debby is a Director with over 25 years of executive experience in transaction advisory, start-up, and consulting roles.  She has sourced middle market carve-out and acquisition deals for private equity firms.  As a consultant for Deloitte Consulting, she forecast potential synergies for multi-billion dollar energy industry mergers and assisted clients in realizing synergies through merger integration projects.  She has also provided sell-side advisory services to lower middle-market companies seeking exit opportunities, developed business plans for about a dozen companies, and evaluated hundreds of possible acquisition targets as a personal investor.  As the wife of an operating company executive for PE-backed companies, she understands at a personal level the future possibilities for target company executives.
Email: dpennington@andrapartners.com 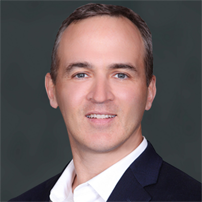 M.B.A. – Harvard Business School
B.S. – Cornell University, Business Management
Dan is a Director with 30 years of professional and executive experience across a variety of industries. Dan began his career as an officer in the US Army, leaving the military with the rank of Captain after commanding US troops in Bosnia. He continued leading people and operations for such companies as Newell Rubbermaid, Webvan, Sun Microsystems, and The Home Depot. Dan has spent the last 15 years leading M&A activity in the construction and building materials industries, including being the head of strategy and development for both CRH Americas Products (formerly Oldcastle Building Products) and PowerTeam Services, which collectively closed over 50 acquisitions and divestitures totaling over $5B.
Email:  dkrehnbrink@andrapartners.com M.B.A. – Indiana University, Kelley School of Business
B.S. – Indiana Institute of Technology, Mechanical Engineering
Dale is a Director with over 30 years of experience creating value in technology and industrial B2B markets. Dale served as EVP at Sensus, a private equity-sponsored business, and was a key player in making operational improvements that led to the company’s strategic realignment and increase in enterprise value from $900M to $1.7B at the time of its exit to Xylem. Prior to Sensus he led the Sales and Marketing teams at Kinetek, another private equity-sponsored firm that was successfully sold to Nidec. Dale was involved in the due diligence, closure and integration of five strategic add-on acquisitions into Kinetek and Sensus, and his functional experience includes operational, sales, marketing and M&A roles. Dale started his career at General Electric and ITT Aerospace.
Email: dharber@andrapartners.com 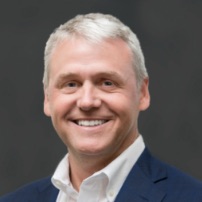 M.B.A. – University of Memphis, Fogelman College of Business
B.S. – University of Alabama, Industrial Engineering
Chip is a Director with 30 years of executive experience in M&A, operations management, marketing and sales roles for middle market and lower middle market companies.  He previously owned and managed 4 companies simultaneously with combined revenues of over $40M. Most recently he served as the VP of Operations for Tri-Dim Filter Company, a division of Mann + Hummel Corporation. There he was part of the M&A team, and was responsible for the post-merger integration of multiple acquisitions while managing over 600 employees. In only two years he improved operating profit margins by 90% while reducing inventory by 20%.  Prior to that he was the President and CEO for WEC Holdings, where he led a team of over 350 employees across the U.S.
Email: ccayce@andrapartners.com 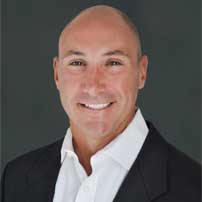 M.B.A. – University of Rhode Island
B.S. – Bentley University, Finance
Jake is a Director with over 20 years of Corporate Finance experience, including the past 12 years at International Gaming Technology (ticker symbol: IGT), a leading NYSE-traded gaming technology provider. There he was the Director of Strategy, Mergers & Acquisitions, and executed more than a dozen acquisitions, joint ventures, divestitures, and partnership transactions totaling over $7.5B in enterprise value. His global transaction experience has spanned 19 countries and an array of industries, including high tech semiconductor equipment, residential building products, home security, theater, and automation, as well as regulated real money gaming. Prior to IGT he held business development and investor relations roles at Nortek, a leading HVAC manufacturer and distributor, and Teradyne, a global manufacturer of test equipment and software.
Email: jvarteresian@andrapartners.com 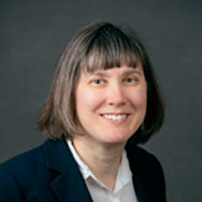 A.L.A./M.L.S. – University of Kentucky, Library Science
B.A. – Centre College, French
Kathleen is a Research Analyst with over 20 years of experience in library and information science. Her professional experience includes creating descriptive metadata and maintaining bibliographic databases. She has co-authored documents on cataloging videos and audio books, and her academic background includes advanced education in both the U.S. and France. She has also taught French at the collegiate level. She identifies and reviews proprietary investment and acquisition opportunities in support of thesis-based client platform and add-on initiatives.
Email: kkoontz@andrapartners.com 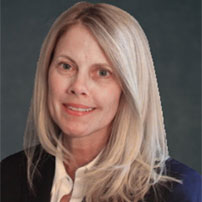 M.B.A. – Vanderbilt University, Owen Graduate School of Management
B.S. – University of Tennessee, Political Science
Melinda is a Research Analyst with over 13 years of experience in government, legal and financial sectors. Her experience includes progressive roles in financial management, credit analysis, and corporate litigation management with Caterpillar, a $55B+ public corporation. At Caterpillar she executed financial analysis and quantitative/qualitative research relative to an array of industry sectors and market trends, and did expatriate work in Santiago, Chile and Buenos Aires, Argentina. She leverages unique targeted search protocols to identify proprietary acquisition and investment opportunities.
Email: mgracey@andrapartners.com